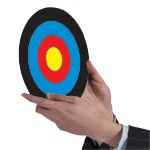 China’s explosive economic growth has fostered the development of an urban upper class whose new-found wealth has opened a significant market in luxury goods. But trend-savvy companies are recognizing another consumer group in China: an emerging middle class that presents opportunities and challenges.

However you define the Chinese middle class — by income, occupation, or Western spending habits — the economics of China’s population will change dramatically in the coming decades:

Continued growth will see the incomes of most Chinese citizens rising, with fewer people living in poverty.

More people will move from rural areas to cities in search of higher paying jobs.

As a result, experts predict that in 20 years the urban middle class in China will become one of the world’s largest consumer markets.

If you were charged with creating a long-term, successful marketing plan for China you’d not only need to target the upper-income urban consumer, but also current residents of rural areas who will be the future middle-class. Garnering brand loyalty in middle-class rural markets would challenge your tried and true methods of advertising and distribution. This population has been isolated from consumerism as we know it with its overload of products, features, giant chain stores, and malls.

First, consumer education is critical to selling products to a market segment that may not be familiar with a wide range of goods. Packaging, in-store displays, and a large sales force may be part of an effort to introduce consumers to a new product. Even brochures may be necessary to provide more information than traditional advertising can.

Second, retaining brand loyalty in China’s rural areas means focusing on supply. The obstacles here may seem daunting. Most rural consumers shop at small, independent or regional stores as opposed to national chains. The lack of national distribution networks and the sheer geographic size of China’s rural markets add to the challenge.

Local connections are the key to establishing reliable supply networks. This might mean working with established distributors or building relationships with lower-level, smaller companies. Foreign companies who decide to build stores, or other related facilities will need to work with companies like SSOE that know the rules involved in building projects overseas. Through its Shanghai office, SSOE can provide the cross-cultural and cross-continental expertise needed to complete the links in the chain.

The increase in disposable income in China affects more than consumer goods. Significant growth is also predicted for housing and health care.

Government subsidies for housing are declining, and thus expenditures for home construction and furnishings will increase. As incomes rise, households will look outside the public health care system, and growth in spending is predicted to exceed 10% annually. The emerging middle class in China presents a substantial opportunity, but only if companies learn as much as possible about this new group of consumers and can come up with smart strategies to reach them. It’s a challenging — yet exciting — prospect.

Tale of a growing market