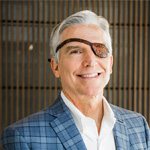 Principal Bill Clark, AIA, LEED AP, sat down with local Atlanta ABC news affiliate, WSB-TV, to discuss the state’s new $110M Judicial Complex. Interviewed by WSB’s Craig Lucie, reporter and evening anchor, Clark highlighted the current and on-going development of the new building which is slated to open in the Fall of 2019. “This building will be a definite game-changer,” stated Clark. “There has never been a more secure, more technologically advanced judicial structure built in the state. This is something that everyone will be proud of for years to come for sure.”

Focusing on the building’s positive impacts for both the City of Atlanta and the State of Georgia, Clark discussed the importance of the project and the direct effect the building will have on all Georgians upon completion. Project features, which include a new private research library, state-of-the-art courtrooms, multi-story atrium, and enhanced security design, are only a few of the highlights residents can look forward to upon completion.

The Need for Expansion

In 2016, the Georgia Court of Appeals went from 12 to 15 judges upon expansion by Georgia Governor Nathan Deal. As a result, SSOE (formerly Stevens & Wilkinson), in association with Justice Planning Associates (JPA) and design architect, Robert A. M. Stern Architects (RAMSA), was selected by the Georgia State Financing and Investment Commission (GSFIC) to complete programming and planning services for the current and future growth needs of the judicial branch, its administrative agencies, and the state’s Law Department.

“This is going to be one of the most important structures built in this state this century,” continued Clark. “The work that goes on in this building will, believe it or not, effect every Georgian.”

The seven-story complex will host the Court of Appeals on the second floor, as well as the Georgia Supreme Court on the seventh floor. The design also calls for two court rooms with accompanying support spaces. Project renderings, provided by design architect RAMSA, detail a spacious, light-filled central atrium with beautiful views of the State Capitol’s iconic gold dome. By “…establishing a formal relationship with the State Capitol (Edbrooke and Burnham, 1889) across the intersection of Capitol Avenue and Memorial Drive, a facade that curves was implemented that will address views from adjacent expressways.” According to RAMSA, the new courthouse “…will carry forward the Classical architectural approach that has symbolized the dignity of the courts since the early days of the Republic.”

According to Georgia Appeals Court Chief Judge Stephen Dillard, “…this new complex will be a modern, forward-thinking building that will encourage collaboration,” a key element missing from the court’s current structure. In addition to creating a more collaborative environment, special attention was also placed on building security.

Safety, especially in courthouse design, is vital. Public and private zones are incorporated in a way that welcomes the public inside, but that also addresses the needs and concerns of the judges and their staff.

“As soon as you walk in through the front doors you will quickly realize that this is going to be one of the safest and most secure buildings in Atlanta,” said Lucie. While the building will be located a good distance from the curb, security features include a bullet proof entrance lobby, turnstiles, a guard station, and separate HVAC units.

Replacing the Georgia Archives Building
The new judicial building, which will cost approximately $110 million and will be situated on a six-acre site, also included the recent implosion of the former Ben Fortson Georgia Archives Building (also known as, “The White Cube”). The former building, which prior to demolition was facing severe structural and water damage, stood 14-stories tall and was considered, “…the most modern archival facility in the country.”

Built in 1965, the Georgia Archives Building moved into a new building in Morrow in 2003. Since then the building had become a “go-to” spot for filming.

On the heels of its 100 Year Anniversary, SSOE (formerly Stevens & Wilkinson) has completed similar judicial projects for clients that include the recently opened Florence County Judicial Complex, Horry County Judicial and Administrative Complex, and the Sumter County Courthouse. In addition to the firm’s growing courthouse experience, the firm has also worked on several projects located in and around the courthouse’s new site – projects which include Liberty Plaza, GBA’s 180 DoT Building Renovation, Capitol Hill Parking Deck, and the John C. Godbold Federal Building – Elpert P. Tuttle U.S. Court of Appeals.

“We are excited to see this project come to fruition,” said Clark. “It has taken us a long time to get here and we cannot wait to share this building with both the residents of Georgia and our friends over at the Supreme and Appellate Courts.”

Clark currently leads the project team in our Atlanta, GA. office as Principal and Lead Project Manager. With more than 37 years of experience in the A/E/C industry, Clark received both his Bachelor of Science and Master of Science in Architecture from Georgia Institute of Technology.