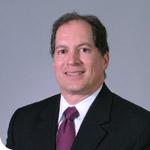 SSOE is ranked 8th nationally among engineering and architectural firms (Building Design + Construction, 2008) and over 50% of their employees have worked on an alternative energy project within the last year. Mr. DiPofi led SSOE’s entry into the emerging biofuels market, where they currently have numerous biofuels projects underway in 4 states including cellulosic ethanol and advanced biofuels projects. In addition, SSOE was awarded a patent for an innovative new process that reduces the energy and cost of producing biodiesel. He and his team are also working with The University of Toledo and several area groups to lead the way in making Toledo a nationwide center for biofuels production and distribution.

The program, including fine food, cocktails and entertainment will be held at the Main Toledo Public Library on the Rooftop August 7th beginning at 5:30 PM. If you would like to attend, please RSVP to Susan Zurawski, Executive Director of the Toledo Public Schools Foundation 419-535-6568 or suez@accesstoledo.com.

Proceeds benefit the Toledo Public Schools Foundation (TPSF), which promotes quality public education through supplemental funding for programs, scholarships and academic initiatives. Since its inception in 1999, the TPSF has awarded more than $304,000 in scholarships to students and grants to educators.

With 18 offices around the world, SSOE is known for delivering unparalleled client value that advances the AEC industry. Over the company’s 70-year history, it has earned a reputation for providing quality project solutions to semiconductor, automotive, food, chemical, glass, manufacturing, healthcare, power, and general building industries—with projects completed in 40 countries. Visit www.ssoe.com for additional information and career opportunities.