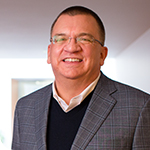 TOLEDO, Ohio, May 19, 2016 – SSOE Group (www.ssoe.com), a global engineering, procurement, and construction management (EPCM) firm is proud to announce that Michael Duffey, PE, Principal Account Executive, has been nominated to serve as the next President of the American Council of Engineering Companies (ACEC) Ohio, effective July 1, 2016.

Duffey currently serves as ACEC Ohio Vice President and Chair of Government Affairs and Planning Committees. He has served on the ACEC Ohio Board of Directors since 2009, initially as the representative of the Northwest Ohio Chapter before coming up through the officers’ chairs. “I’ve had the pleasure of working with Mike for many years, so I know how fortunate the Council is to have him as its next president,” said ACEC Ohio Executive Director, Don Mader.

“In addition to serving as an officer for the past two years, Mike has chaired our Government Affairs Committee at a very critical time for the engineering industry,” Mader said. “As a result of his leadership, the organization has had a very positive impact on public policy as it affects our industry. There’s no doubt in my mind that Ohio’s engineering companies will be well-served with Mike Duffey at the helm of the association in the year ahead.”

Duffey has more than three decades of professional industry experience as well as 28 years of past military service. Mike joined SSOE in 1999 as manager of the Civil Engineering Department. In 2006, he was promoted to division manager of SSOE’s Facilities group. In his current role as Principal Account Executive, Mike is responsible for strategic leadership and business development efforts. He received a Bachelor of Science in Civil Engineering from the University of Akron and is a graduate of the United States Air Force Air War College.

The American Council of Engineering Companies of Ohio is a non-profit trade association comprised of approximately 120 independent engineering firms that provide a wide array of engineering and other professional services for all types of construction and environmental improvement projects. ACEC Ohio member companies provide services to local, state, and federal government agencies, as well as commercial and industrial clients. ACEC Ohio member companies employ more than 6,000 people and produce annual net revenues of $600 million.