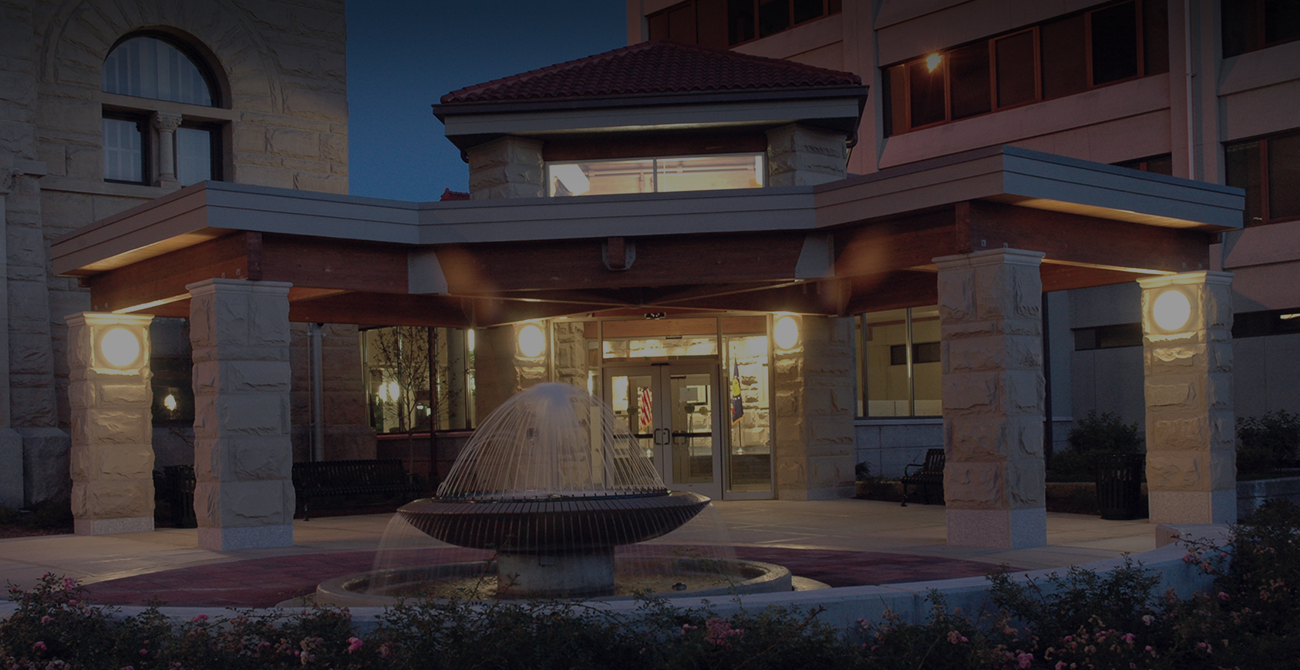 The project’s program was to solve access and security issues for a multi-building county courthouse complex. The site consisted of three existing buildings facing an exterior plaza. Two of the existing buildings, the county courthouse and old jail facility, both were constructed in the late 19th century of Ohio-quarried rock-faced Berea sandstone. The third building was constructed in the early 1970s of precast concrete panels. The solution required connecting the three buildings with an addition that would create an enclosed complex for approximately 500 people.

Early in the design process, it was determined the addition should provide a transition between the architectural styles of the existing buildings. A pallet of materials was chosen that mirrors the original building materials. The introduction of the Berea sandstone, clay tile roofing, and natural concrete provides that transition of style to complement the entire complex. Minimized connections to the existing buildings permit them to stand on their own. The glass and skylights provide views to the architectural details of the past.

A relocated fountain from the 1970s serves as a focal point at the new entry plaza to the complex. The materials are introduced on the plaza and continue to the interior of the addition to reinforce the connective function of the addition. This new complex entrance does not compete with the primary facade and entrance of the courthouse. The design of the addition also permits the entire complex to be secured with only one entry point, satisfying the requirement of the Ohio Supreme Court.